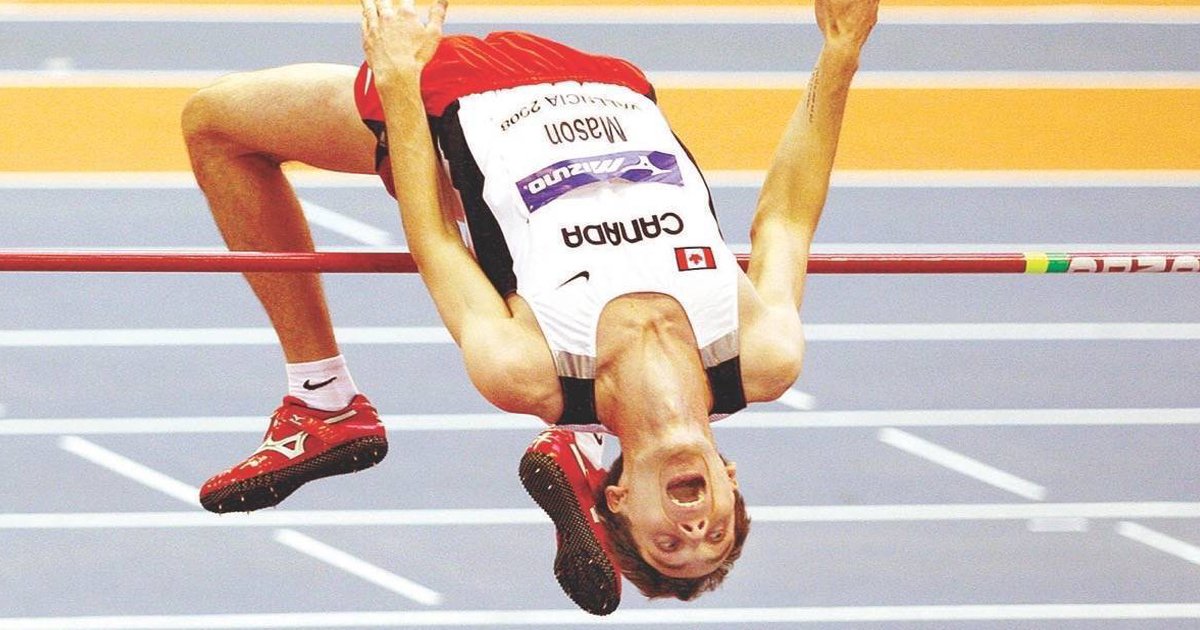 Michael Mason of Nanoose Bay, a longtime Team Canada high jumper, has been named as the first track ambassador for the new Oceanside Community Track project.

Mason recently became the most senior Olympian in Team Canada at the 2020 Tokyo Olympics. It was his fourth consecutive Games appearance. He finished seventh in Group B with a jump of 2.25 metres.

His journey can be traced back to Ballenas Secondary, where he made his first ever high jump.

“The track at Ballenas is where my career in track and field started,” said Mason. “I remember with fond memories having my first high jump practice there, which started my journey to the Olympics.”

Mason, who hasn’t ruled out a fifth Olympics, is fully behind the initiative to build a six-lane rubberized track at Ballenas. He encourages the community to support the track project in whatever way they can.

“I wholeheartedly support the new track,” said Mason. “It would be a huge benefit for all sports, the students and the entire Oceanside community.”

Another former Ballenas graduate who has strongly advocated the track project is Alycia Butterworth. She too started her athletic career at the poorly maintained Ballenas cinder track, that has not been updated since 1977.

However, her humble beginnings at the Ballenas track has set a foundation that led Butterworth to achieve her goal of becoming an Olympian. It came true for the Parksville athlete when she made her Olympic debut in the 3,000-metre steeplechase in Tokyyo, where she finished 10th in her preliminary race in 9 minutes, 34.25 seconds.

Butterworth, who works as a data scientist for Translink and now lives in Burnaby, also donated $1,000 of her $1,700 prize money she won at the Harry Jerome Classic in June toward the project.

“This track will be incredibly beneficial because I think it will help increase longevity in the sport for young athletes,” said Butterworth. “They will be able to better enjoy track practices without worrying about tripping over a rock or grass patch. For sprinters and distance runners, they can properly develop their speed. My hope is it will help kids, and especially teens, really enjoy track and field and stay in the sport for more years.”

A rubberized track will provide a training facility that will help the Oceanside Track and Field Club and young athletes reach their potential.

“We have great coaches in the Parksville area and it’s because of their dedication and the fun environment they create that the club and athletes are so successful,” said Butterworth. “Adding a rubberized track to the equation would only help foster an even more successful club. It would be amazing to see the community rally behind the track project to show their support for young athletes and for the dedicated volunteer coaches.”

The track steering committee thanked those who have donated so far. Businesses and individuals wishing to support and donate to the new track can do so by visiting the Oceanside Track GoFundMe page.