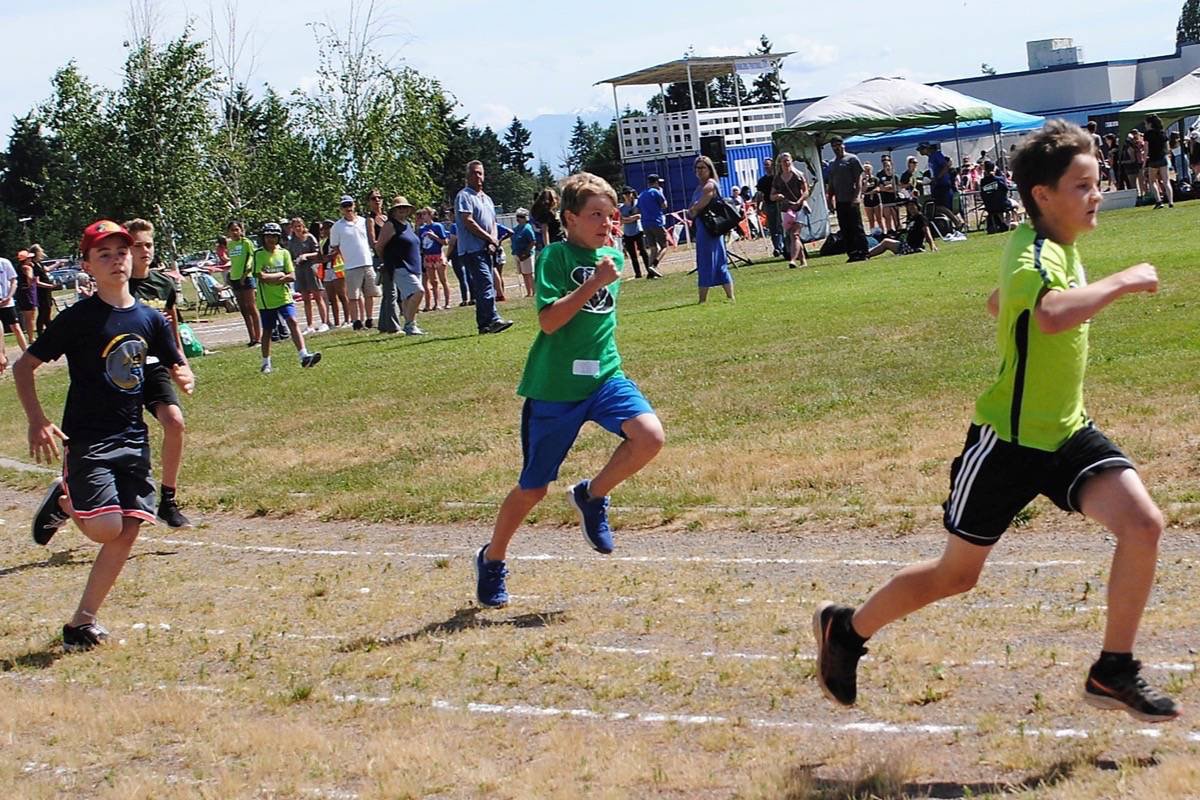 The City of Parksville council has agreed to allocate $250,000 from its gas tax funds to the Ballenas track upgrade.

The money was originally to be withdrawn from the city’s COVID-19 relief fund but Coun. Doug O’Brien, who raised the issue at a special meeting March 29, said it was the proper platform for the track project.

O’Brien made a motion that the funds be withdrawn instead from the federal gas tax funds, which he pointed out the city has approximately $6 million in reserve. Council unanimously endorsed the motion.

O’Brien made the funding amendment after he received information from the Federation of Canadian Municipalities that the federal government will double the gas tax money for all municipalities. The city currently receives $582,000 annually.

“So next year is even going to be greater than we received this year,” said O’Brien, who also pointed out the funds can be applied for retrofitting of recreational facilities.

“If anything ever qualified for the word retrofitting, that track probably follows through,” said Mayor Ed Mayne.

The city’s director of finance, Lucky Butterworth, saw no problem with the motion but did raise concerns whether the funds can be applied to a facility that the city does not own.

O’Brien pointed out the criteria doesn’t specifically state it should only be city-owned recreation facilities that will be eligible but recommended staff look into it and to report back to council.

Butterworth suggested council include the $250,000 track funding in the budget approval process rather than adding it later.

“If the gas tax money doesn’t qualify then we wouldn’t make the contribution,” Butterworth explained.

The Town of Qualicum Beach council has committed to helping fund the Ballenas track upgrade. Coun. Scott Harrison asked staff at its regular council meeting on April 7 to look at an appropriate amount the town can contribute to the project.

Harrison feels Qualicum Beach’s contribution shouldn’t be as much as Parksville, as the facility is not in the town’s jurisdiction. He pointed out it’s only right that the town be involved as other electoral areas have committed funds to the project.

The Qualicum School District has embarked on a plan to upgrade the cinder track at Ballenas Secondary. The plan is to build a six-lane track just for training purposes.

The Oceanside Community Track Committee, which oversees the fundraising of the project, has been tapping into sources of funding from federal and provincial agencies, local municipalities, regional district, businesses and individuals. It hopes to secure all the funds by the fall of 2021.

Once the funding is in place, construction is expected to get underway in the spring of 2022 and completed by the fall of 2022.

It has been identified as a priority in the Regional District of Nanaimo’s Recreation Service Master Plan for the Oceanside area and is expected to be used by 4,200 students and 30,000 people in the District 69 area.