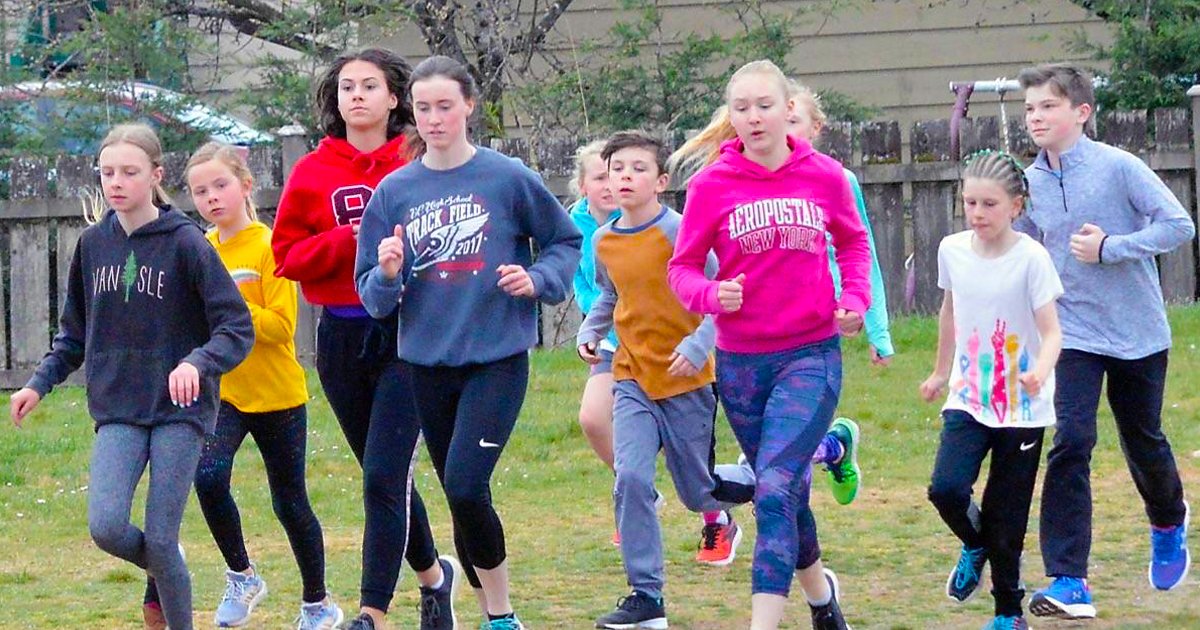 Oceanside United has started a petition calling for the Regional District of Nanaimo to endorse and contribute funds toward making the plan a reality.

Since the petition opened last weekend, the support has been overwhelming, said Mark Desvaux, a volunteer with Oceanside Track and Field Club who is helping with the petition. In the first 24 hours more than 350 people signed the petition and in less than five days more than 1,000 signatures were collected.

Desvaux said a solution is long overdue as it has been 42 years and nothing has been done to improve the Ballenas track.

“We been getting responses from people signing the petition saying they went to school at Ballenas 20 years ago and can’t believe this is still the same track. The message we want to give everyone involved in looking at this project is ‘now is the time to make this happen.’”

School District 69 has already committed $200,000 to get the Ballenas upgrade project going and is on the verge of forming a select committee to oversee the initiative. An initial estimate of the cost for the project is approximately $1 million to build a six-lane oval with an eight-lane sprint track.

The regional district, at its regular board meeting Sept. 17, approved a motion put forward by Electoral Area H Director Stuart McLean to request the school board to reserve a spot for a board member to sit on the SD69 select committee.

However, the RDN board did not approve McLean’s second motion that RDN staff work with SD69 staff, the steering committee and any necessary consultants to develop a detailed plan using up to $100,000 of funds that had been allocated in the 2019 budget for this purpose.

The lack of knowledge and information regarding the Ballenas track upgrade, a priority highlighted in the RDN’s Recreation Services Master Plan for District 69, were the reasons funds to assist the project was deferred. Oceanside United expressed disappointment with the RDN’s position.

Mid Island Distance coaches Kim and Randy Longmuir spearheaded the Ballenas upgrade project 10 years ago and despite all their efforts, nothing happened. They gave up on the project and focused most of their time to coaching. But Kim said she supports the petition.

“I think that anything that brings attention to the community’s need for a new track is positive and I would encourage people to show their support by signing the petition,” she said.

Desvaux said it is a facility that is desperately needed in the community. It is dangerous to run on, he said, as it has divots, holes and an uneven surface.

In 42 years, Oceanside United indicated only $42,000 has been put into its upkeep.

“There’s so many people saying how they had to travel to Nanaimo and Courtenay for years to train at a better facility,” said Desvaux.

Among those elite athletes who had to do that and went on to garner honours for Canada in international competitions include high jumper Michael Mason and Paralympian Michelle Stilwell, now Parksville-Qualicum’s MLA.

“The abysmal state of our local athletics track has driven so many coaches and local athletes to other communities to train, including myself,” said Stilwell. “For me, not only is the track in poor condition but it is also gravel, which creates a barrier for my race chair. I had to go to Duncan, Nanaimo or Courtenay to train.”

Training in better facilities outside of Parksville helped Stilwell but there were also challenges she needed to overcome.

“There’s extra time, energy and financial costs in driving to other communities and that adds to the stress of training at a world-class level,” said Stilwell. “Training in other communities also made it more difficult for me to connect with fellow athletes and the community.”

Stilwell fully supports the efforts to get a rubberized track for Parksville Qualicum Beach and area.

“Not only would it be great to encourage healthy, active living in our community, but it would be an asset for local athletes wanting to train here,” said Stilwell. “I recently spoke to the Premier about the poor state of the track and the need for funding, and followed up with a letter. I will continue to do all that I can to advocate for provincial dollars.”

Those who want to sign the Oceanside United petition can go online at: http://bit.do/track4all