A NEW 6 Lane Track for all of Oceanside

Join us as we work towards building a new 'Track of Dreams' in Oceanside! 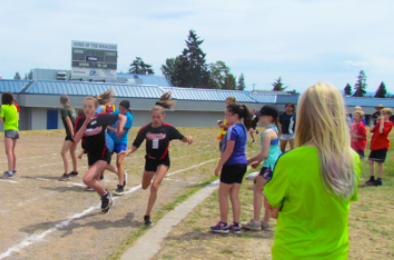 ... and build an all weather running track! 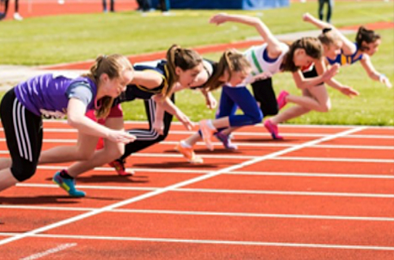 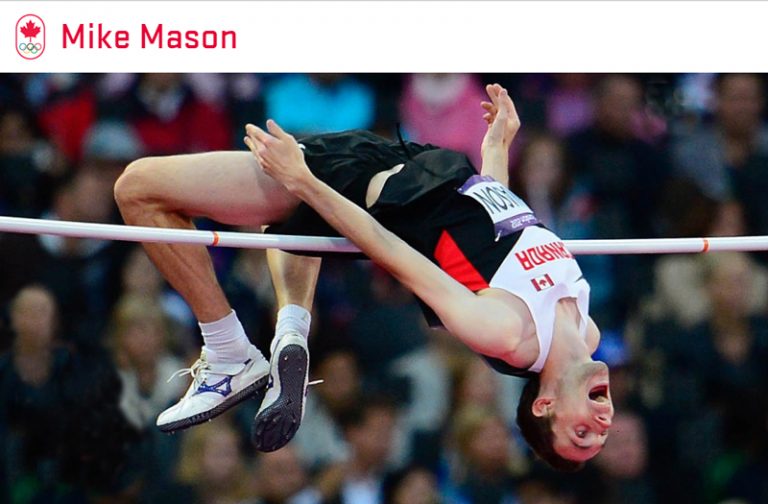 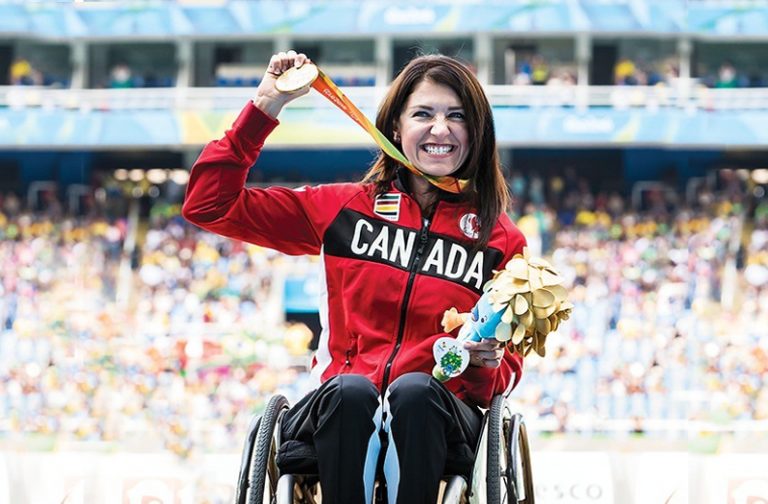 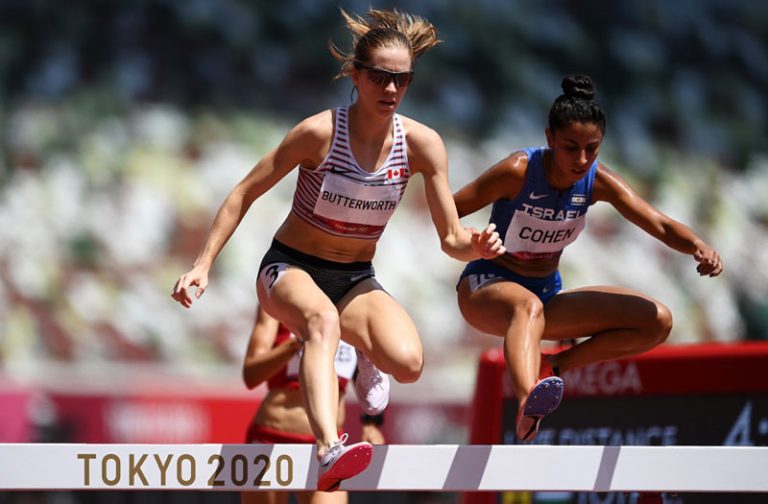 "The new track will benefit the whole community. The students, the athletes, the seniors, the moms pushing strollers. It will be a facility for everyBODY all year round, no matter what their level of ability. It will also provide safe accessible training facility for athletes to reach their full potential as well as a place to gather and create healthy active lifestyles for people of all ages." 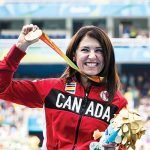 Michelle Stillwell, Oceanside Track Paralympian Ambassador Six-time Paralympic gold medalist, nine-time World Champion, and world record holder in the 100m, 200m and 800m events (T52 class). Inductee in the BC & Manitoba sports Hall of Fame
"We are fortunate in Oceanside to have great coaches that helped us reach high levels in track and field. Many of us have gone on to compete at the university level and represent Canada on the world stage. Having a proper track will encourage more participation in youth track and field, fostering friendships, connections, and opportunities. The track can also serve as a safe, soft surface for the community." 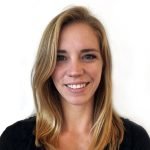 Alycia ButterworthTOKYO 2021 CANADIAN OLYMPIAN; Oceanside Community Track Ambassador; former Ballenas student; one of Canada’s top female steeplechase athletes; former Oceanside track and Field member and University of Idaho graduate
"The existing track for decades has, has provided a facility that introduced youngsters and youth to the sport of Track and Field. Many have gone on to represent Zone 6 (Vancouver Island/Central Coast) in the BC Summer Games, the province of BC at Canadian Track and Field Championships and Canada Summer Games and for some Canada at Olympic, Commonwealth and Pan American games and World Athletic Championships. The success of these athletes can be traced back to the many hours they spent training and competing at the Ballenas Track and Field Facility and the volunteer commitment of many Coaches and Officials.

The existing track needs upgrading and redevelopment to provide a safe and secure facility to meet the current and emerging needs of the individuals and communities it serves. An upgraded synthetic surfaced Track Facility will provide for multiple uses including School Physical Education, Fitness and Track and Field programs, Track and Field Club training and competitions, Wheelchair and Para Ambulatory Track programs, Community Walking, Fitness Recreational and Rehabilitation programs. A gathering place for life long sport and physical activity."

BC AthleticsBrian McCalder, President/CEO
"A new community track would make the world of a difference at Ballenas for students in the Quest Program and athletes on our Ballenas Special Olympics teams. The current condition of the track is very uneven and not accessible for all students. A new track would mean that ALL students can participate in physical activity to develop physical literacy, reduce anxiety using physically activity and improve school culture by having the opportunity to work with peers in an inclusive environment. Our Special Olympics track athletes train and compete every year against other athletes from Central Vancouver Island. Like all sports programs, our Special O athletes want to train and compete to the best of their abilities and deserve the opportunity to train on a track that is safe and allows them to excel." 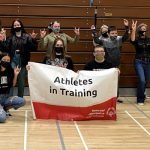 Special Olympics and Quest ProgramJessica Kerr, Ballenas Secondary Special O and Quest Program Coordinator
"I wholeheartedly support the new track. It would be a huge benefit for all sports, the students and the entire Oceanside community. The track at Ballenas is where my career in Track and Field started. I remember with fond memories having my first high jump practice there which started my journey to the Olympics." 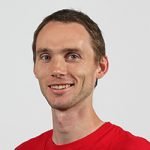 Michael MasonOlympian (Team Canada - High Jump) & Oceanside Track Ambassador
"A community track will offer all track athletes the game changing opportunity to train at home , on a surface compatible with track surfaces they must compete on. It will encourage coaches and athletes to stay and train in our community and cultivate track opportunities for athletes into the future.”

Jane WaiteOceanside Track and Field President
"The Oceanside Running Club Association is very excited to support the new community track—a huge value to our local running group and community. It will allow us to do specific training for competitions as well as for fitness and fun. Including the athletes in our learn to run program, we consist of a 200+ members ages 18-86. O.R.C.A does not use the existing track due to its unstable surface. A new surface will benefit athletes with a flat measured distance for training, as well as for anyone coming back from an injury. It would also allow us to stay in our community and not have to travel."

Patti Rogers and Terry RigginsCommittee Members, ORCA (Oceanside Running Club Association)
"A new track would be incredible for Parksville. Not only would it encourage an active lifestyle for the community, but it would encourage young kids to join an already well established track and field scene. Training there when I was younger was a formative experience that allowed me to excel in the sport. With an actual track it can offer a more positive experience for kids that will continue for years." 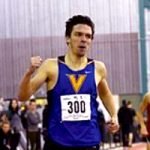 Thomas OxlandThomas Oxland, Former Oceanside Track and Field member, Canadian team for the World Youth Championships in Donetsk, Ukraine (2013), gold medalist at BC High School Championships, BC Club Provincials, Canadian Youth Nationals, University CanWest and Canadian University Sport. Thomas is currently attending the University of Victoria.
"As long time volunteer coaches with Oceanside Track and Field, Mid Island Distance, and the Ballenas and Kwalikum Secondary School teams, we are proud supporters of a new Oceanside Community Track. We have had the privilege to coach hundreds of young eager athletes, some going on to become elite runners, but most proud to participate, achieve personal bests, and be healthy and confident. A new track will provide a safe gathering place, not just for youth, but for people of all ages, and abilities, to wheel, walk and run. Healthy community members, healthy community! Thank you for your support!"

Kim and Randy LongmuirCommunity and provincial NCCP High Performance Distance coaches and Oceanside Community Track committee members
"I was able to compete at the Division 1 NCAA level for triple jump, long jump and 400m, and Oceanside track and field was where it all started. Oceanside track and field brings back so many wonderful memories. It brought all ages and athletic capabilities together. It allowed kids from all backgrounds to be part of a community that fostered confidence and allowed them to explore where their talent may lie whether it be jumping, running, throwing, or speed walking! As my competition level increased, I started to travel 45 minutes one way to use the Nanaimo track in order to train properly. A new track surface would be a tremendous improvement for this community and open even more opportunities for the local youth. I can't believe it has been over 25 years since I competed there with no improvements to the space. I can only imagine the talent this community could nurture with a proper facility." 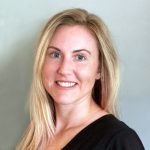 Jennifer RodgersDivision 1 NCAA, University of Connecticut competitor. Former Ballenas Secondary Student and Oceanside Track and Field Club member.
“ As an athlete growing up in Parksville I spent many hours running on the Ballenas track. The track was deteriorating during my early training and over the years has become unsafe and unusable for the community. As I progressed as a runner, I would choose to train on the flat and safe Nanaimo track. A new track would welcome community members of all ages to stay healthy and active while also providing athletes the opportunity to achieve their best.” 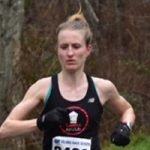 Melissa RossFormer Kwalikum Secondary student, Oceanside Track and Field and ORCA member, Canada World Mountain Running team member and Nanaimo Track and Field Club coach
"As a Physiotherapy clinic, we are big supporters of getting outside and being active. We encourage many of our patients to get out for a walk, run, or jog depending on their age and injuries. Having an up-to-date facility in the Oceanside would be a huge asset—allowing for an even and safe surface to train and rehabilitate on. Oceanside Physiotherapy and Work Conditioning Centre is in full support of an upgraded facility to the current Ballenas Track." 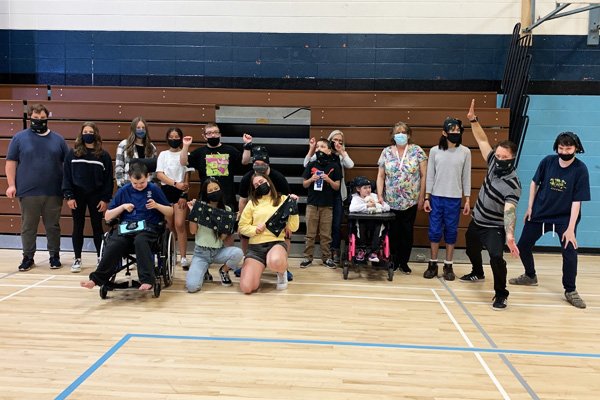 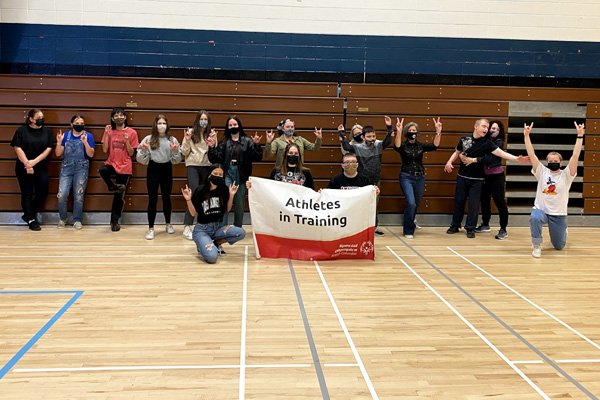 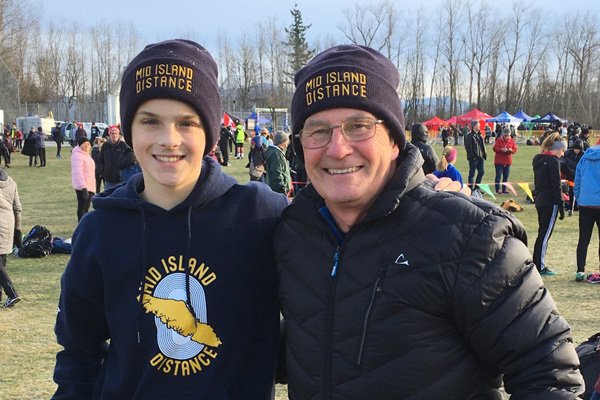 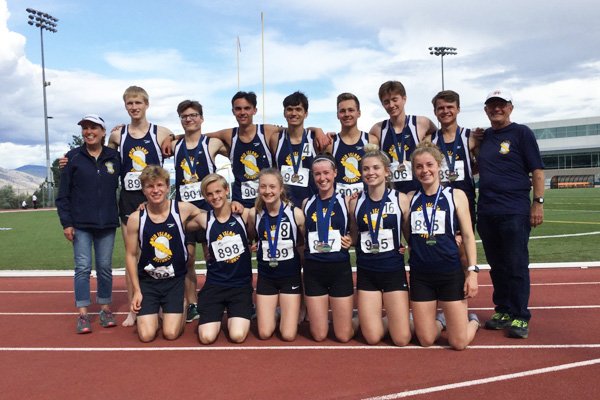 Why a New Running Track?

The existing track at École Ballenas Secondary School was built in the last century with a red cinder base and is approximately 400m length. Apart from some improved drainage and re-cindering, no major upgrades have been made since 1977.

The existing facility is past the end of its life cycle. The track has no curbs and therefore merges with the grass infield on the inside and the outfield on its outside. Lane markings are not permanent, therefore are added when required. The track is not well drained and regularly develops holes and dips, which require continual maintenance, which in turn adds to the unevenness of the surface.

The track was identified by the community as needing to be replaced in the 2005 recreational master plan and has been the subject of numerous studies over the years, including a major study in 2009.

There is a clear region-wide consensus around community benefits: 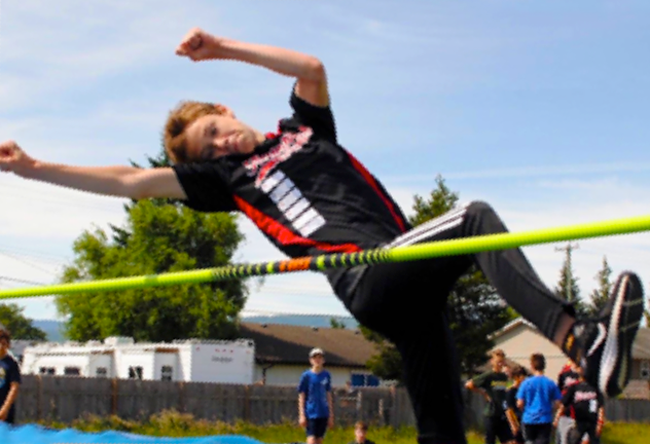 Should additional funds be raised, they would be used to assist with ongoing maintenance and any necessary upgrades and/or repairs to the track. Donations can be made via Canada Helps or please make cheque payable to: School District 69 (Qualicum) 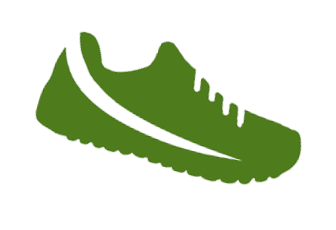 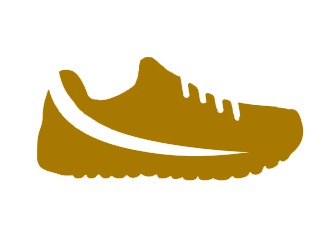 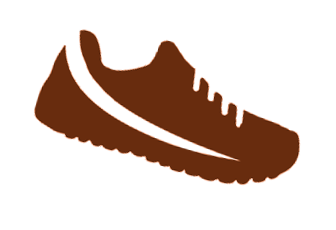 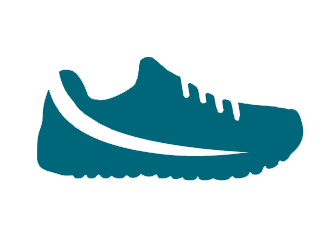 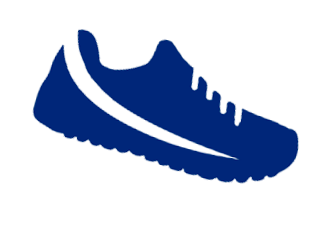 Is a business, organization or individual that sponsors the track with a minimum contribution of $100. Heptathlon Sponsors will receive:

Is a business, organization or individual that sponsors the track with a minimum contribution of $2500. Pentathlon Sponsors will receive:

Is a business, organization or individual that sponsors the track with a minimum contribution of $5,000. Decathlon sponsors receive:

Is a business, organization or individual that sponsors the track with a minimum contribution of $25,000. Marathon sponsors receive:

Up to five businesses, organizations or individuals that sponsor the track with a minimum contribution of $50,000. Ultra Marathon sponsors receive:

Thank you for your Sponsorship and In-Kind Donations

Should a business or organization be willing to donate products or services, donations will be appropriately acknowledged.

A tax-deductible receipt will be issued for all donations over $20.
Online donations can be made through Canada Helps.
For cheques, please make payable to: School District 69 (Qualicum)

There are two track and field facilities in the Oceanside area.

These track and field facilities are located at the two secondary schools, Ballenas and Kwalikum. The School District’s primary current track and field venue is at École Ballenas Secondary School. It dates from, or shortly after, the construction of the school in 1977. It has a red cinder base and is approximately 400m in length. The track is in poor condition.

Identified in the 2006 Regional 69 Recreation Services Master Plan for the Oceanside Area there was a recommendation that consideration be given to a possible construction of a track and field facility.

By March 2008 a Track and Field feasibility study was approved in the form of a joint venture between School District 69 and the Regional District of Nanaimo. The consulting firm of Yates, Thorn and Associates were retained to manage the project.

In June 2009 the District 69 Recreation Commission was presented with the final report from the consultant. A resolution resulted that the report be approved as a resource development of planning and development of a track and field facility in District 69.

In June 2011 the District 69 Recreation Commission discussed the idea of re-focusing attention on the feasibility of a track and field complex. 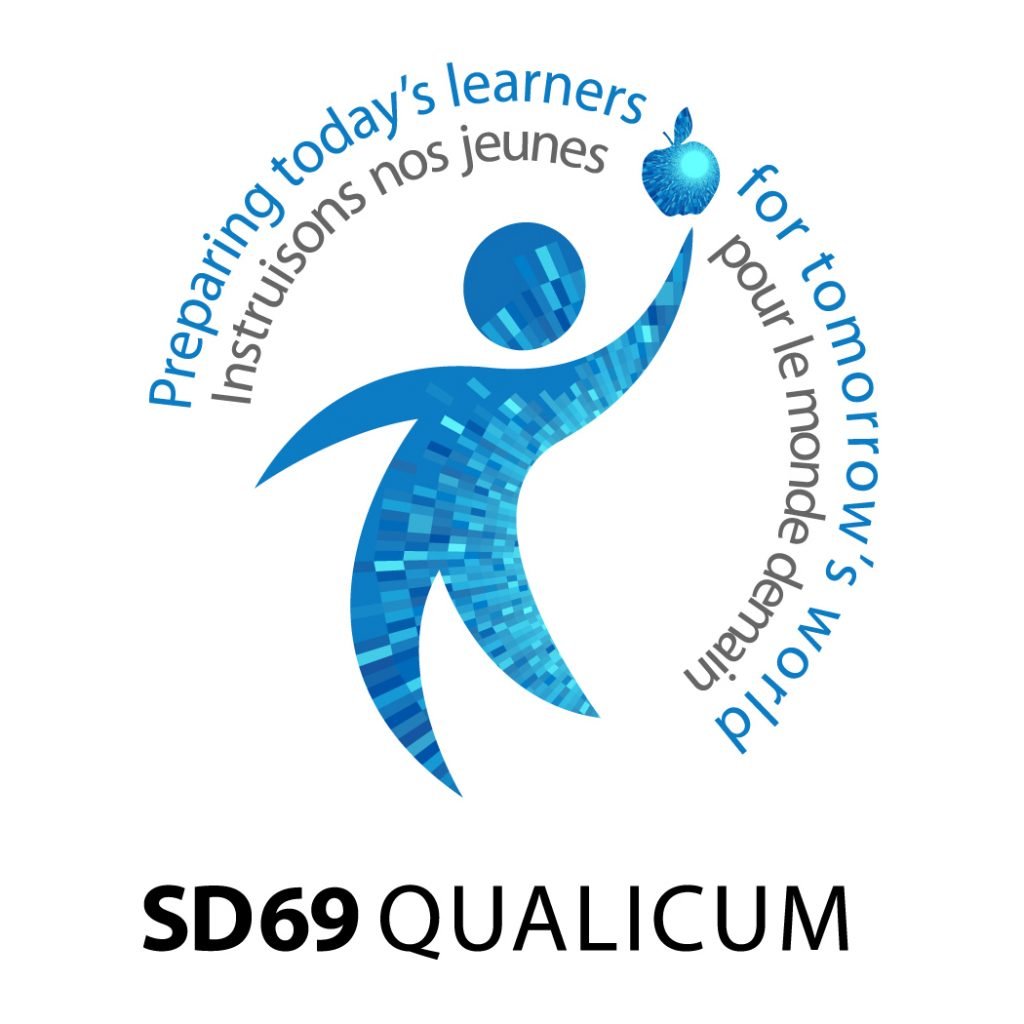 HAVE QUESTIONS? TRY OUR FAQ OR GET IN TOUCH FOR MORE INFO: 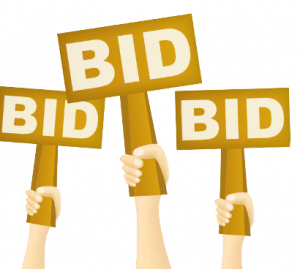 Donate to our Silent Auction